Today I chat with Dr. Gerardo Ceballos about his work in conservation. 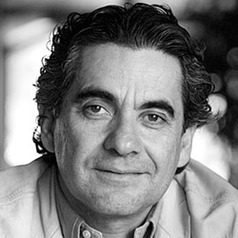 Dr. Ceballos is a major figure in global conservation science, carrying out strenuous field work testing ideas in countryside biogeography and doing important theoretical/practical work on the global distributions of mammals and their significance for mammal conservation as well as on global rates of extinction as humanity triggers the sixth great extinction event.  Ceballos also has been responsible for enormous direct contributions to the preservation of the biodiversity of  Mexico — a global “hotspot.” On top of that he has written a series of important books on Latin American conservation. His theoretical work on biogeographic patterns resulted in the first evaluation ever of the conservation status of a whole class (the mammals) at a global scale. The work has raised consciousness of the need to consider not only the problem of species extinction, but of population extinctions, as a more immediate and measurable threat to biodiversity. Closely related, but applied at the national scale in Mexico, he is the first and only person to have assessed the effectiveness of the protected areas of Mexico to maintain populations of all terrestrial vertebrate species, using complementarity analysis.

Professor Ceballos work has been diverse, and its impact clear. He started the Long Term Ecological Research Network Chapter in Mexico, and has the longest (22 years) population and community ecology study of small mammals in the Neotropics.  He proposed, for the first time, that prairie dogs were keystone species, which now is a well accepted fact and is being used as one of the main arguments for the conservation of prairie dogs and associated species in North America. He has carried out the longest and more complete study on jaguars, and recently he finished the first jaguar census at a National scale, showing that there are roughly 4200 jaguars in Mexico. This pioneering work is leading to implement conservation actions to save this species from extinction.

Professor Ceballos work has made a profound impact on the conservation of endangered species and protected areas in Mexico. He proposed the first Mexican endangered species act, that includes roughly 4000 species of plants and animals in the country. This is the most important environmental legislation providing protection to those species in Mexico. In addition,  he has tiredly proposed the establishment and better management of Mexican protected areas. He has been personally proposed to the government and seen through to establishment more than 20 protected areas such as the Cuixmala – Chamela, Janos, and Calakmul biosphere reserves. Those protected areas cover almost 2% of the Mexican land territory and protect thousands of plants and animals, including around 15% of all endangered species. No other Mexican scientist – perhaps no other individual scientist in the world — has accomplished so much in hands-on conservation.

Find me on social media @drhayleyadams

Questions for the show?  Email me hayley@drhayleyadams.com

For the latest updates on books, courses, and my work in Africa.

Success! Now check your email to confirm your subscription.

Previous Post: « Episode 10 Dr. Bree Dell & her work in veterinary public health
Next Post: Episode 12 Stephanie Fuchs and her life with the Masai in Tanzania »

This site uses Akismet to reduce spam. Learn how your comment data is processed.

When an unplanned morning drive leads you to this

Wishing you all brighter days ahead. Happy 2021. C

How we all feel about 2020. May we carry the lesso

"What is Christmas? It is tenderness for the past,

“I wonder if the snow loves the trees and fields

I made a friend at work in Tanzania… #tanzania #

These giants sure know how to take a girl’s brea

Even their wrinkles are cute… 🐘 #elephant #el

TBT to many years ago, over the Christmas holidays

My first love ❤️ I followed my heart to these

The sun takes its final bow over an endless Africa

This is an impressive nest! Sociable weaver colony

“I feel a great regard for trees; they represent

I was utterly boring to him. #lions #sleepylion #y

The ‘white ghosts’ of Etosha #desertelephants